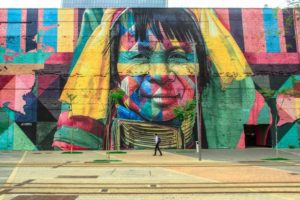 A mural artist, whose passion and creativity to paint made the downtown popular for street art, making it an ideal set for TV commercial, travel brochures, tour groups and also for social media posts, has the eagerness to protect the murals from people whose taking advantage for their own profit.

It happened as he knew about a gallery owner whose making illegal profit by selling printed pictures of St. Petersburg’s street murals. He went upstairs to Pop-Up Art Gallery and Tea Shop, exposed the gallery owner by focusing his camera on the owner as behind him a display of kratom powders and teas.

Then he asked, “Are you selling prints of street murals?”.

As for recognition, the gallery owner was from Nat Geo’s reality show Doomsday Castle about his preparations for the end times. He also had the Rock ‘n’ Roll Bed and Breakfast but failed to launch, the website downtownstpete.com, or a marijuana wholesale business.

He said that he went to other town for a while to try his marijuana business in Colorado, but then he came back in St. Pete with his new business to sell art and kratom (a legal but arguable and mildly drug substance extracted from leaves).

The art gallery owner’s intention was to showcase the photos of the murals taken by a local photographer and sells the printed images by the amount of $35, then giving a commission of $10 to the muralists.

The local photographer stated that he’s asking permission first to the muralists through e-mail. But he said that the gallery owner make his own move before the respond of permission from the muralists. Then he held a grand opening of the gallery which displayed the mural photos on walls. He handed 100 prints of murals in canvas, in spite of the fact that no local artists had given him permission.

But the gallery owner defended himself by the statement, “What I have are just samples. I am not going to sell them without the artist’s signature with it.” 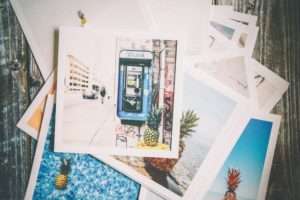 He also posted the pictures of the printed murals in social media, asking for the artists to sign them. But unfortunately, the muralists who saw their artworks printed without their permission took back on him by exposing the gallery owner through their comments against him that he illegally used their artworks, and with that, some of the muralist made a move for legal action.

One of the muralists visited also the gallery and confronted the owner. The gallery owner was astonished as he was grilled by the muralist.

“I just want to help you to get your artworks into people’s home”, the owner explained, but the muralist didn’t mind his explanation and said that he will come back with his colleagues and he walked out. But the owner asked the muralist, “So I think you’re not going to sign the prints?”. Then the muralist got angry and told him threats.

After all, people are accusing him that he’s drug addict and they mocked him together with his business.

Despite of the issue, the gallery is still open until today. But he insisted that he’s only selling those printed murals with the signature and permission of its artists. He admitted his mistakes and he’s been sober six weeks, thanks to kratom and he stated, “I use kratom for pain management”, then came up with his new project called DTSP TV. In this project, he films the respond of people that he approached on the street about what they love about St. Petersburg.